As we moved from formulating POVs to testing MVPs, our last week was busy building prototypes and gathering user reactions and insights. We began by revising our POVs based on feedback from our project partner, the teaching staff, and fellow classmates. The POV we converged on as a team focused on transitioning from middle school to high school–a common thread across our need-finding work.

Next, we formulated multiple HMW statements to give structure to our ideation.  Our first HMW focused on making A’s transition more gradual (“HMW generate connections between A and her future classmates before she goes to high school”).  To better organize our brainstorming around this first HMW, we mapped out the various stakeholders in the system (teachers, parents, various school staff members, services providers including transportation) and built a list of EPA 8th graders’ interests and challenges with respect to transitioning to high school.  These various “maps” helped us think of unexplored spaces and opportunities. 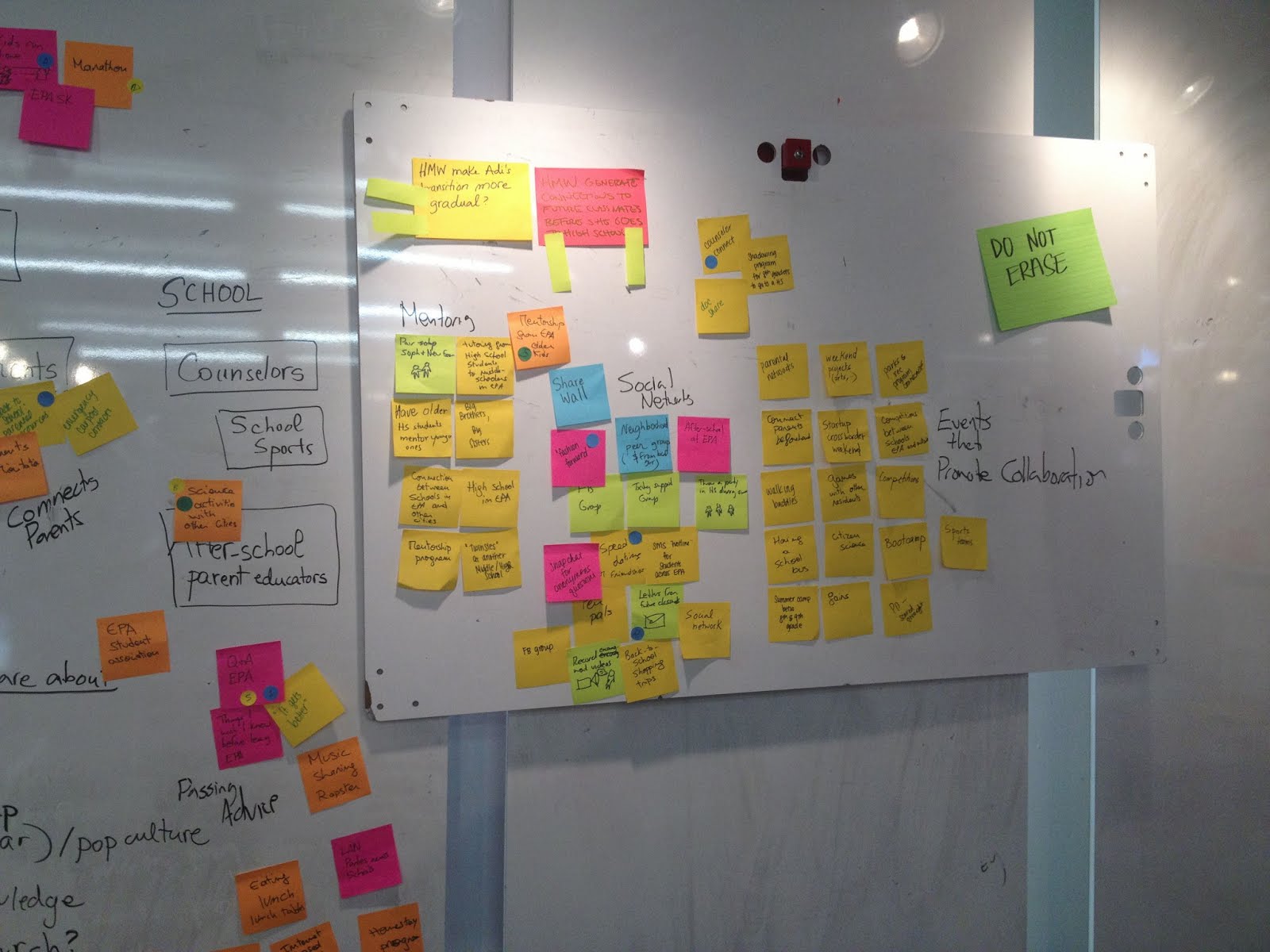 We emerged from this process with two ideas: 1) an open gym for 8th graders that takes place at their future high school, and 2) a back-to-school group shopping trip for 8th graders and their parents.  For one of our prototypes, we composed a simple flier inviting 8th graders and their parents to an open gym event at MA high school.  Our goal was to instigate conversations not only to gather important missing information, but also to test some pressing assumptions, such as interest in open gyms away from EPA or curiosity about checking out high school spaces prior to going. 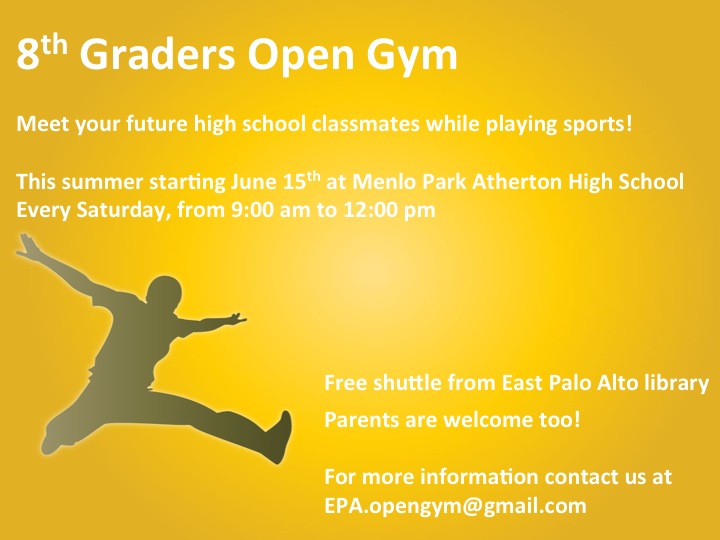 Our testing took us to the YMCA, where we ran our open gym prototype by J., a first year college student who had gone to Menlo Park Atherton High School, as well as M., a junior at San Jose High School.  Both J. and M. seemed excited about the idea, and confirmed an interest in open gym events, especially if free transportation was provided.  We noted, however, that both J. and M. resonated more with the sports activity opportunity than the high school setting.  We were also taken on a tour of the YMCA facilities, and had a chance to observe how the YMCA members (most of whom EPA residents) interacted with the space.  Examples of some of the things we learned, that will form a basis for our next iteration are: 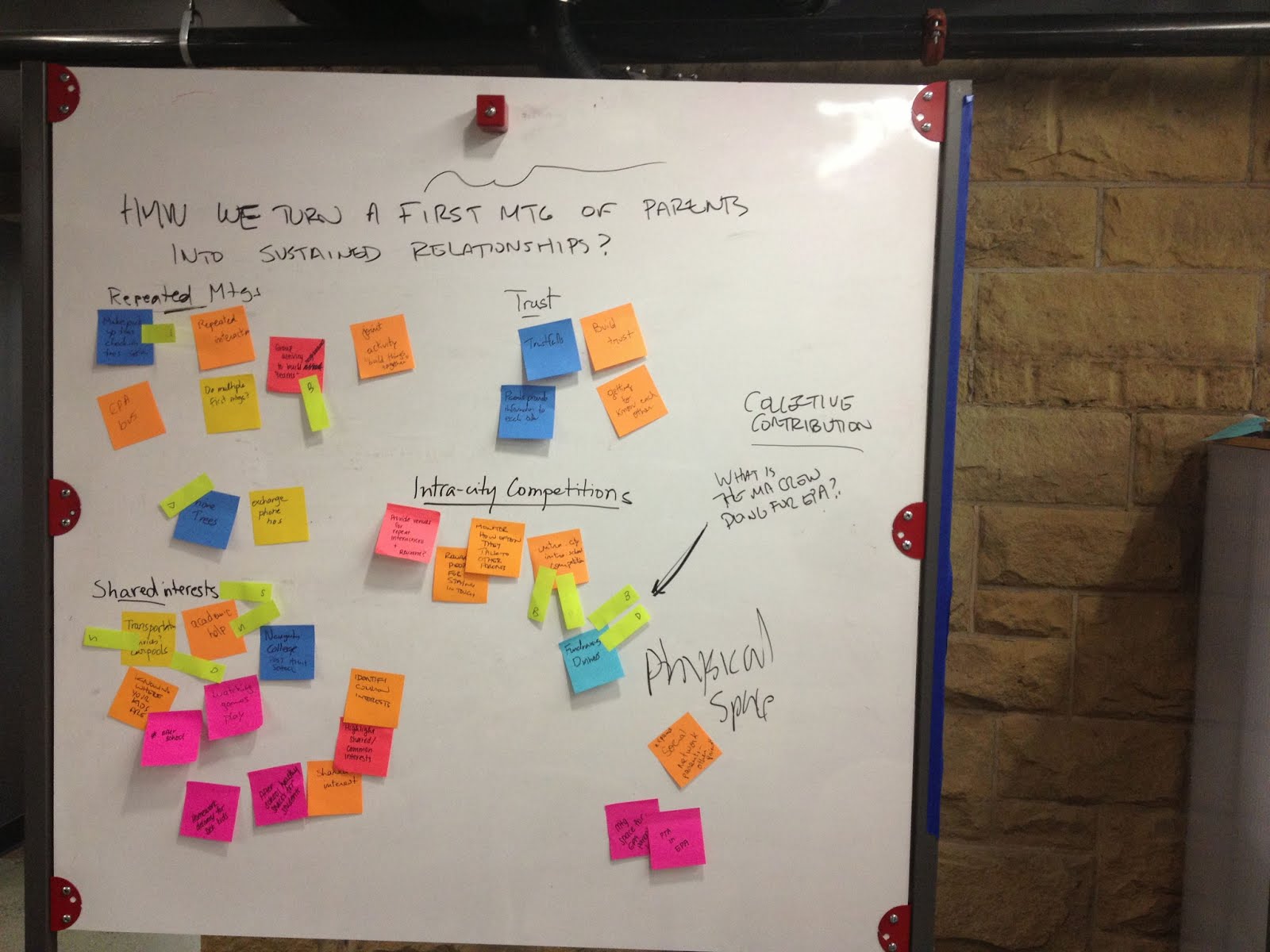 As we integrated newly acquired information, we realized that there are more opportunities for youth to form cohorts than for their parents.  This inspired us to pursue a different angle, represented by our second HMW (“HMW turn a first meeting of parents into sustained relationships.”).  Ideation clusters for this HMW statement emerged around parents’ shared interests (e.g., carpools), repeated meetings, intra-city competitions/rewards (e.g., treasure hunt), building trust, physical space, and collective contribution (fundraising).  In one prototype, we devised a storyboard to bring parents and 8th graders together around a shared activity during the summer prior to high school. 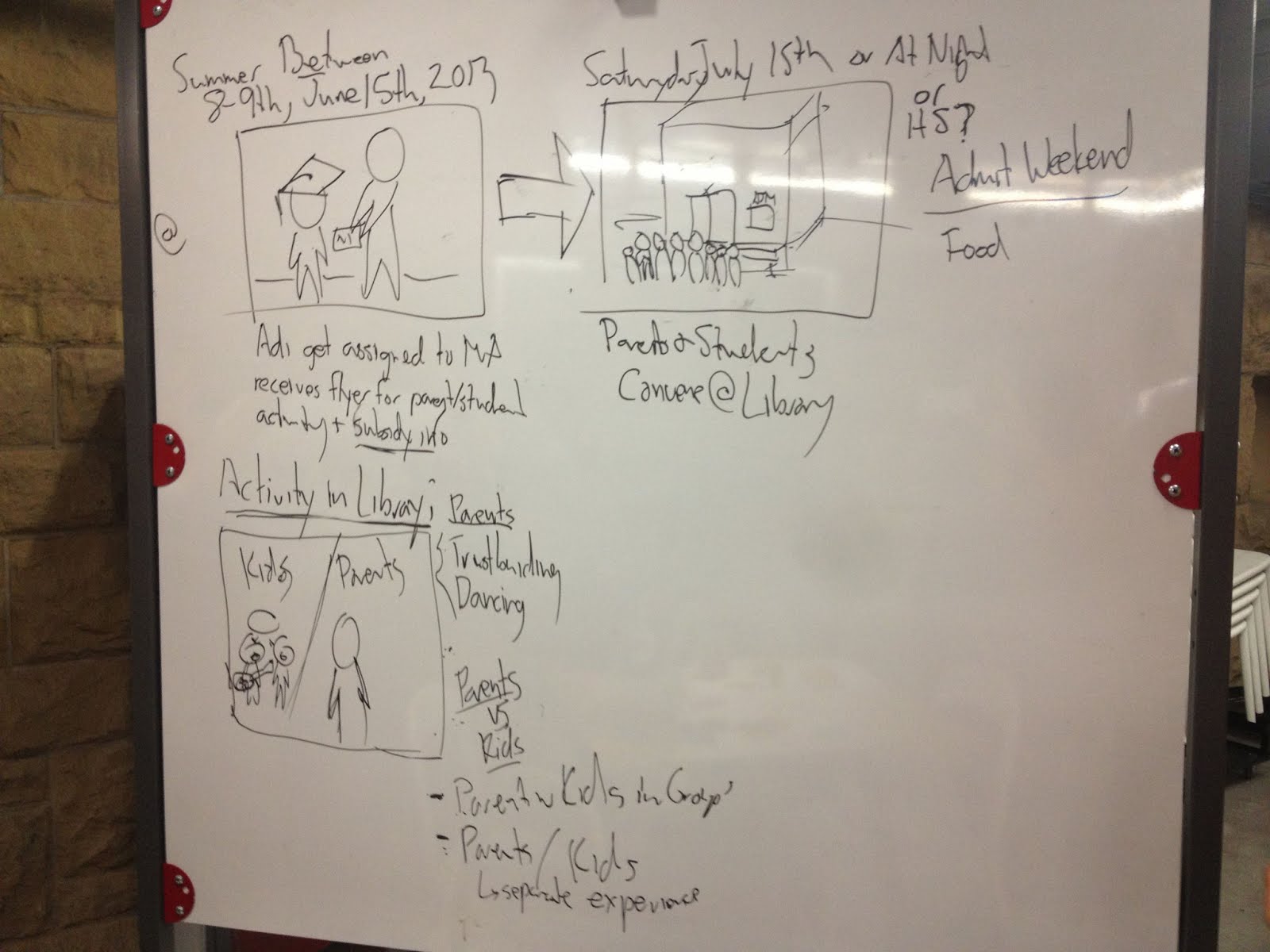 We’ve enjoyed the increase of focus that this last week has brought us, but have struggled with finding users with experience relevant to our more focused POV.  We’re looking forward to building on these insights for a next iteration.